Raising the red flag on TBML 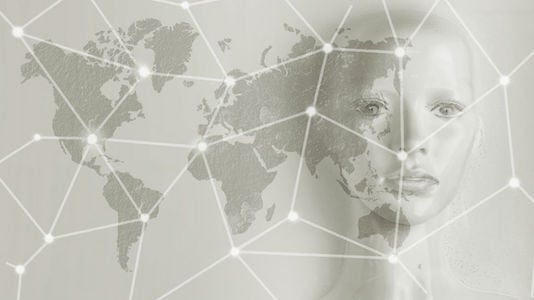 “Trade Based Money Laundering (TBML) is an important component of the underlying system that supports all transnational crime. It’s far more complex than any other type of financial investigation and requires a lot more co-operation across agencies and across national jurisdictions,” says Mark Giuffre, former special agent for the American Drug Enforcement Administration.

At a time when money laundering transactions equate to 5% of global GDP annually (according to the United Nations Office on Drugs and Crime), governments and regulators are understandably intensifying their focus on illicit financial flows within trade finance.  Given banks are often the (unwitting) facilitators of this illegal activity, it is not surprising that they are coming under increasing pressure from regulators to take greater action to identify and restrict this growing international crime.

Red flags rule
Regulatory bodies around the globe are stepping up scrutiny on TBML and banks are increasingly obliged to take more stringent action to ensure they are not facilitating any illicit transactions. The Monetary Authority of Singapore (MAS), the Hong Kong Monetary Authority (HKMA) and the Financial Conduct Authority (FCA) in the UK are some of the global regulators that have issued guidelines and red flag checks around trade finance, echoing those issued by the International Chamber of Commerce (ICC), Bankers Association for Finance and Trade (BAFT) and the Wolfsberg Group.  These red flag checks define the key attributes in trade finance transactions that indicate a high risk for TBML and are now seen as the global standard for due diligence for which financial institutions must screen and monitor.

Fail to comply and banks incur not only hefty fines, but also significant reputational harm—regulatory enforcement actions often feature specific language indicating that banks aided and abetted terrorism, drug trafficking, and human trafficking by failing to detect and report illicit activity, upon which media outlets can be quick to capitalize. Compliance, on the other hand, is no mean feat.

Sanctions screening
Given its international nature, ensuring compliance with government sanctions lists naturally forms a substantial part of the checks for trade finance that banks are required to make. Red flag guidelines require banks to monitor for customers conducting business in or shipping items through high-risk jurisdictions; or customers engaging in potentially high-risk activities, such as trade in defence articles or chemicals.  Banks must verify all counterparties (corporations and banks) as part of Know Your Customer (KYC) regulations and ensure that all parties to a transaction undergo “sanctions screening” against official sanctions lists, including those from the Office of Foreign Assets Control (OFAC), the European Union (EU), and the United Nations (UN).

Document consistency and Dual-Use goods
Significant discrepancies in the information provided in the various shipping documents is a key focus area for red flag checks because they can hide important indications of potential illegal trades or money laundering.  Inconsistencies between the description of the goods on the bill of lading or invoice and the actual goods shipped; shipment locations or shipping terms not consistent with letter of credit; or the shipment does not make economic sense—perhaps the use of an oversized container for a small volume of goods—are all anomalies that require investigation.

Red flag checks also target the illicit shipment of dual-use goods—goods which can be used for both innocent civilian purposes, as well as having a military use. For example, ammonium nitrate is used as a fertilizer but can also be used in explosives. In this case, understanding the context of the shipment, and knowing the organisations involved is key.

Tracking trade finance is a huge issue for banks
Keeping track of trade finance transactions and monitoring for indicators of TBML is currently a highly inefficient and costly labour-intensive process for banks. TBML is difficult to detect because of the complexity within the Trade Finance process itself, the number of entities and data sources involved, and a reliance on paper-based documentation and manual processes.

The unstructured, inconsistent format of Trade Finance documentation, including word documents, PDF files and scanned images create automation and screening challenges. Trade instruments such as Bills of Exchange, Bills of Lading, Letters of Credit, and SWIFT MT7xx series are heavy on free-format text and unstructured data, and do not lend themselves well to most compliance filters, which require formatted, structured data in order to accurately and correctly detect non-compliant items.  In other words, it’s easy for a mispresented price or quantity of goods, or a false customs declaration to go unnoticed.

AI-Insight
With such a complex task, with multiple document formats and data sources to monitor, a digitised process leveraging the unique capabilities of Artificial Intelligence technology becomes the only solution for banks wishing to meet their TBML compliance obligations.

Unstructured data from the various paper-based trade documents must first be scanned and put into machine-readable text format with the help of optical character recognition (OCR) technology. Once the data is in a format that can be processed and analysed, the Artificial Intelligence (AI) discipline of Natural Language Processing (NLP) can be used in combination with a rules-based engine to interpret the text, understand the context and derive meaning from it, in order to identify red flag indicators and sanctions subjects.

By harnessing the unique capabilities of AI technology, banks are able to go beyond the efficiency benefits of simple document digitisation, to be able to effectively monitor and rapidly detect money laundering activities, without the burden of having to employ large numbers of expensive, error-prone and time-consuming human resources to tackle difficult compliance checks manually.

While TBML remains widespread, red flag guidelines and watch lists will continue to evolve and grow.  It is only through flexible, intelligent, automated AI-powered solutions that banks can keep up with and adapt to heightened regulation required to tackle this growing international crime