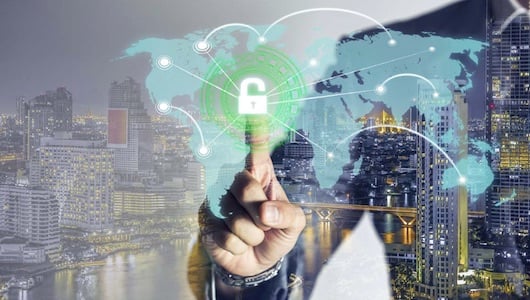 Much has been written about the potential of Open Banking and the transformative impact this will have on Europe’s payment landscape. There are, of course, many uncertainties and challenges. While Europe is at the start of this Open API journey,perhaps some indications of the road ahead can be gained by looking at India’s digital transformation experience over the past10 years. The introduction of a digital identity system and an open-API economy have truly revolutionised India’s payments ecosystem and customer experience and highlighted the transformative potential of Open Banking for Europe.

The Indian Stack
There are a number of drivers behind digital innovation in theIndian economy, including challenging social issues (lack of financial inclusion); fiscal pressures (tackling hidden and un-taxed cash-based transactions); the opportunities afforded by ubiquitous digital technology; and the national need to develop a robust open banking infrastructure. India’s UnifiedPayment Interface (UPI) enables anyone to send and receive payments, including instant payments using their smartphone,a web interface or at the point-of-sale, without the need to know bank account information. This unified payment interface links to all Indian banks and sits within a highly capable digital infrastructure. This ‘India Stack’ is built upon an open and interoperable API architecture, at the heart of which is ‘Aadhaar’,meaning ‘Foundation’ – a unique digital identity reference incorporating biometric data and validated personal data.

Digital identity
Aadhaar is approaching 10 years of operation in India and has grown to become the world’s largest biometric-based ID system.A validated Aadhaar ID can be linked with bank accounts, welfare schemes and mobile phones, providing a strong trust anchor and enabling instant, frictionless and secure payments. In reviewing global digital identity schemes, the World Bank reported Aadhaarto be ‘the most sophisticated ID programme in the world’. Aadhaar provides paperless, online, anytime, and anywhere authentication and is truly the ‘foundation’ of the Open API Unified Payment Interface. This Open API architecture in India has enabled a cashless and paperless digital economic ecosystem, encompassing a paperless e-KYC process, a digital e-Sign allowing Aadhaar holders to electronically sign documents, and a cloud-based DigiLocker for issuing and verifying documents.

• The government is able to ensure efficient payment of subsidies to the rural poor without a bank account and enabled cashless transactions – just with a thumbprint.

• Apps and services such as the e-wallet Paytm bring targeted discounts to consumers’ phones.

• Telcos have been able to securely onboard over 100 million customers within 6 months revolutionising customer experience– reducing the wait from 2 days to 5-15 mins.

• Smartphone and data usage is now one of the highest in the world – 400+ million smartphones with 31 PetaBytes of data usage per day.

• Mobile data rates have dropped to less than 5 cents per GBP, further spurring the digital economy.

One area where there is a divergence between India’s digital transformation and European open banking initiatives is data protection specifically, the lack of a clear legal framework covering individual data and privacy needs addressing, but India is catching up.A right to privacy now forms part of the Indian Constitution, and the government is forming an expert committee to chart out a data protection framework in 2018.

European lessons
So what lessons can Europe draw from the Indian example?The interoperable API economy in India connects multiple counterparties together in a secure and validated way, delivering a customer experience that is simple and frictionless. This highlights one of the key and fundamental challenges for European open banking initiatives. The aim of PSD2 is to create a unified, innovative,pan-European digital ecosystem for financial products, and uniform interfaces are essential for ensuring low implementation costs and promoting predictable, efficient and secure interactions between banks, customers and third parties. However, although the standards under which PSD2 should operate are defined in theRegulatory Technical Standards (RTS), these standards stop short of defining a communal API. An open banking-based economy throughout Europe is an innovative idea with huge potential but is hindered by the lack of a properly defined, common API standard. This is limiting openness and defeating the principles of collaboration and standardisation that sit at the heart of open banking, and ultimately slowing down innovation and growth.

Way forward
‍The Indian digital transformation demonstrates the clear advantages of a fully interoperable API ecosystem, connecting identity validation, banks, government, third-party providers, and retailers. The only viable way forward in Europe is the adoption of an API interoperable ‘switch’ that can support the multiple existingAPIs across Europe, with the ability to harmonise and hide the differences between various API protocols.Such an interoperableAPI supports the multiple APIs for each existing regional, national or individual standard – enabling a bank to be accessed not only by its own published APIs, but also via other APIs in a transparent and interoperable manner and delivering the frictionless ecosystem that has benefited the Indian economy so dramatically.