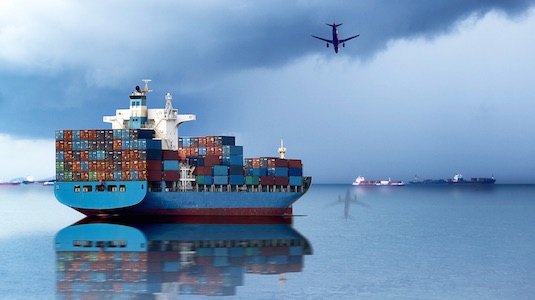 UK businesses are at a higher risk of becoming a victim of trade-based money laundering than ever before. So what can you do to secure your firm against this type of fraud?

Last year there were 122 reported cases of TBML, according to the Office of Financial Sanctions and Implementation (OFSI). While the OFSI figures do not separate out the amounts attributed to trade-based money laundering TBML, a significant proportion of the £1.4bn that came through the UK illegally in 2017 sought out vulnerable companies to launder this cash. The Financial Conduct Authority is also actively pursuing money-laundering cases, which can be trade-related, and in 2017 it issued fines totalling £224m across all sectors. A total of 878 prosecutions were brought in the UK for general money laundering during the year.

In other words, TBML is a real problem and businesses should be aware of the red flags that indicate a potential fraud and how to protect themselves against it.

All organisations and companies involved in the trade life cycle, such as banks financing trade deals, freight operators securing modes of transport, cargo groups providing shipment, and insurance firms underwriting the delivery of goods, are vulnerable to TBML.

Some leading players in these industries are among those to have been fined significant amounts after breaching sanctions relating to TBML. Equally, these organisations are also liable if they knowingly, or unknowingly, transport goods that are dual-use, such as both military and civilian use, on sanctioned vessels or ship them to sanctioned countries.

If you trade internationally, you’re at risk
Pekka Dare is the director of ICT training, education and development at the International Compliance Association, the leading global provider of professional, certificated qualifications in anti-money laundering, governance, risk, compliance and financial crime. He believes the businesses most at risk from fraudsters and money launderers are those involved in international trade.

‍
“Any business can be involved in trade-based money laundering. There is no obvious profile. It is hardest to detect when the method of settlement is open account. For example, when a simple clean payment is made to pay for goods ordered”

‍
“The growth of international trade and, in particular, the vast amount of containers moving around the world, coupled with the scale of organised criminal activity, mean this is an issue that cannot be ignored by those involved in international trade.”

Banks are at risk
While the biggest risks relate to open account trading between two parties (where the goods are shipped and delivered before payment is due), banks are also at risk when they provide documentary trade finance products such as Letters of Credit and Guarantees.

The challenge for banks is that under the rules of international trade finance they are entitled to take the paper documentation they receive—such as bills of lading, manifests and customs declarations—at face value. Understanding what the true nature of the goods is and the relationship between the parties involved is difficult.

The potential victims list is even wider, according to David Morrish, relationship director, international trade finance qualifications, at The London Institute of Banking & Finance (LIBF), which offers a qualification in trade finance compliance.

“Any business can be involved in trade-based money laundering,” says Morrish. “There is no obvious profile. It is hardest to detect when the method of settlement is open account. For example, when a simple clean payment is made to pay for goods ordered. As a consequence, invoices, transport and other documents do not pass through banks as they would where settlement is by letter of credit. They bypass the many checks that banks are obliged to make by regulators, although banks will have software tracking and raising alerts on unusual activity on accounts that will have to be explained.”

Know your customer
In order to avoid becoming inadvertently involved in TBML, there are some basic steps you can take to protect your company against risk.

It is vital that businesses should be confident that they know exactly who they are dealing with, understand the nature of their business, and their reputation within the market.

Morrish says: “Frankly this is good business practice for a number of reasons, including ultimately whether buyers will actually pay or sellers deliver the goods ordered. This is not just a one-time exercise: as a minimum this should be refreshed annually or more often if there is some uncertainty.

“Once the relationship has been established businesses then need to be alert to unusual requests or changes in their customer’s normal business practices. As an example, one technique used by trade money launderers is to adjust the value of an invoice on a legitimate transaction.

“Over-invoicing allows a seller to receive additional funds above the true invoice value, while under-invoicing means the buyer receives additional value. But it won’t happen unless both parties agree to the deception. Businesses may be tempted to accommodate their customer with such a seemingly innocent request but at the heart it could well be money laundering. It’s all about knowing your customer.”

The fraudsters could be ahead of you
Byron McKinney, product manager, trade finance compliance at fraud protection experts Pelican, believes the traditional methods and software used to detect fraud are outmoded, and that the fraudsters can be one step ahead.

“Traditional software relies heavily on noise word lists [lists of common word patterns regularly used by fraudsters] and static data files to find and retrieve items from sanctioned lists,” says McKinney. “These lists can be made up of commodities, vessel names or port and city locations. The increasing trouble with these lists is that they regularly provide matches and hits on keywords that are false positives and thereby increase the amount of effort and resource from a bank or cargo operator that goes into investigating them for potential TBML sanction issues.”

One of the new areas of exploration is with artificial intelligence and its associated technologies: natural language processing and machine learning. These technologies apply new methods of working, using algorithms to learn set tasks based on common and repeatable activity and to interpret and apply meaning in certain situations.

They allow those involved in uncovering TBML risk to utilise numerous data sources, such as vessels, dual-use goods and commodity prices, to reduce the false positive rate, investigate only those that are suspicious and ensure they retain their reputational integrity by avoiding large and costly fines from regulators.

With TBML on the increase, it’s more important than ever that your firm is ready to face the challenge laid down by fraudsters. Follow the advice from the experts and you will put yourself in a far stronger position to avoid the potential of the huge financial impact fraud can have.